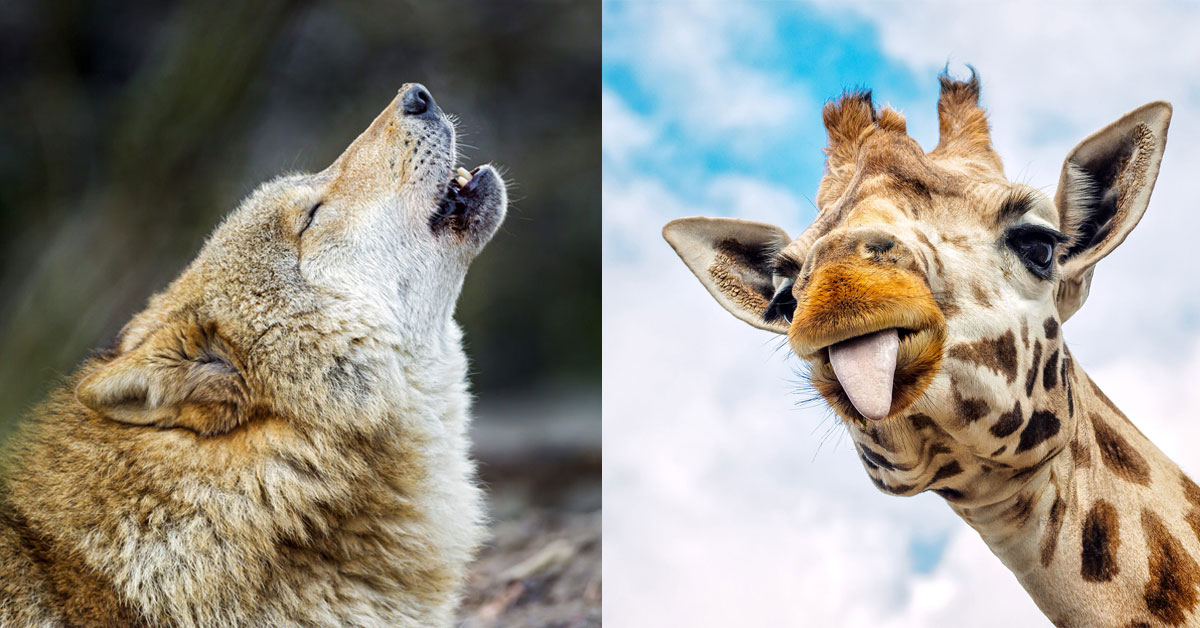 The True Story of the 3 Little Pigs

I don’t have a hate campaign against wolves. As a child, we all read about the 3 little pigs and their problems with the big bad wolf. However, since reading the plot of “The True Story of the 3 Little Pigs” (a parody written in 1989), my thoughts are that the wolf was grossly misunderstood.

This is the story of the 3 little pigs from the perspective of Alexander T. Wolf. The wolf is trying to set the story straight of how he came to be “big and bad”.

At the beginning of the book, he’s cooking a cake for his grandmother’s birthday, but he’s run out of sugar. He goes to ask his neighbours, the pigs, for some sugar.

They all say no to him, and as a result of a sneeze (due to a cold that he was suffering from), he ‘accidentally’ blows the first two pigs’ houses down. Since they’re already dead, he eats them, saying that it would be terrible to let a “perfectly good pork dinner go to waste”.

The third pig’s house (made of bricks) does not suffer the same fate, but the third pig provokes Mr Wolf into a fit of sneezing rage because of his insults to the wolf’s grandmother.

When the police arrive to see Mr Wolf yelling, sneezing and huffing at the brick house, Mr Wolf is arrested and the third pig survives. With public perception against him, Mr Wolf is in jail and his poor sweet granny gets no birthday cake.

So wolf-like communication is not necessarily vindictive or indeed effective, and the result people want from the behaviour is rarely achieved.

Perhaps there is a different way to communicate with our partners.

We are simply not taught how to communicate in a relationship. Where is the love manual explaining to us how to interact and communicate with a partner?

It’s no surprise that we make mistakes, get into power struggles and are misunderstood.

In western culture we are culturally conditioned and educated to communicate in wolf-like communication and, as a consequence, our brains receive and translate these messages as threats.

Therefore, our responses tend to require self-defence, attacks and/or withdrawal and disconnection. We all have pre-patterned strategies depending on the context and relational elements of the situation.

Let me give you an example of wolf-like communication:

Recognise these or similar?

These harsh sentence starters and judgements are taken personally and lead the person to feel and think that something is wrong with them. They start to believe that they are a “PPPTP” (a pretty poorly put together person!).

If you are on the receiving end of these messages, not only are they difficult to receive but often they will be internalised and stored.

From a biological perspective, we have a hierarchical nervous system that has evolved from reptilian to mammalian to human. This is one of the reasons why life is complicated for humans. We have these competing drives and needs within our ecology.

On the one hand, if we feel unsafe we need to withdraw, yet we need to be bonded. The mammalian social engagement system looks for environmental cues for safety and bonding. If you then engage with what we call wolf-like body language and harsh attacking statements, the receiver’s nervous system will rush to the defence.

With this in mind now, let’s look at the giraffe model of communication. Marshall Rosenberg (who is now sadly deceased) presented the concept of giraffe communication.

Because it has the biggest heart of all mammals. It is also able to stand above (not take the moral high ground) and look around and take a 360 degree perspective of the land and situations.

This does mean letting go of any fixed outcomes and ideas and connecting with your spouse. In effect, you are coming alongside and yielding. It’s a bit like in a tango dance or in the martial art aikido.

Who taught you to communicate with compassion, love and intimacy in a relationship? Obviously, the answer for most of us is no one.

So, if your relationship is missing information, skills and practices to communicate effectively, then this can help to enhance and restore your relationship. We can begin to treat our spouse like we would a good friend, handling conflicts in a gentle and patient way. We can learn to repair after conflicts and negative interactions.

Some of the greatest leaders of all time have chosen the giraffe approach; Nelson Mandela, Martin Luther King, and Gandhi. The results speak for themselves.

This is a powerful tool and way of communicating without trying to control and manage our spouses. I’m not saying it’s easy, but for those who need to save and invest in their relationship, then this approach offers hope to those willing to make the effort.

Each month, I offer five free 30-minute consultations, either in person, on the phone or over Skype to establish if and how I can help you with your relationship.

Every month, I offer 5 FREE 30 minute consultations, so you can see if I can help you heal your relationship – without any obligation to continue

Download my FREE ebook, “5 Simple Ways To Fall In Love With Each Other Again”, and start putting your relationship back on the right track straight away.